Interacting With Our Community 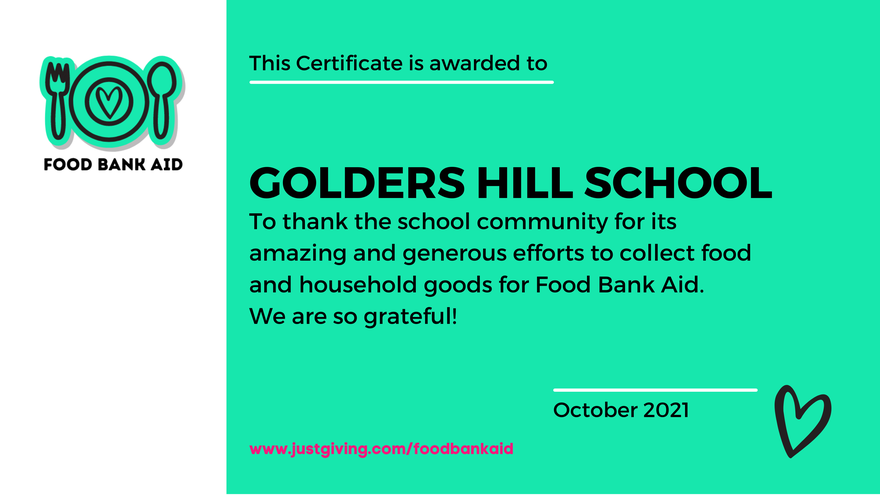 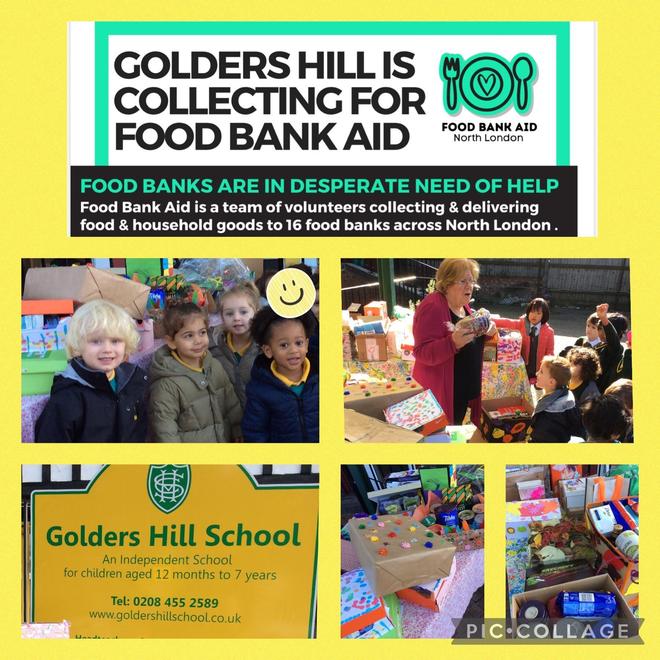 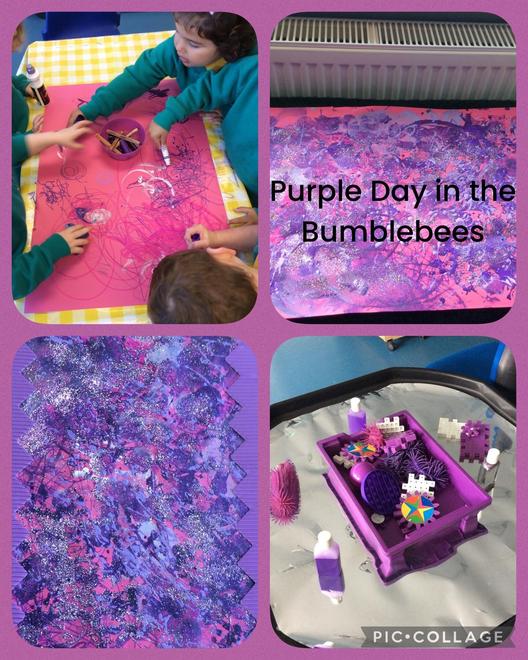 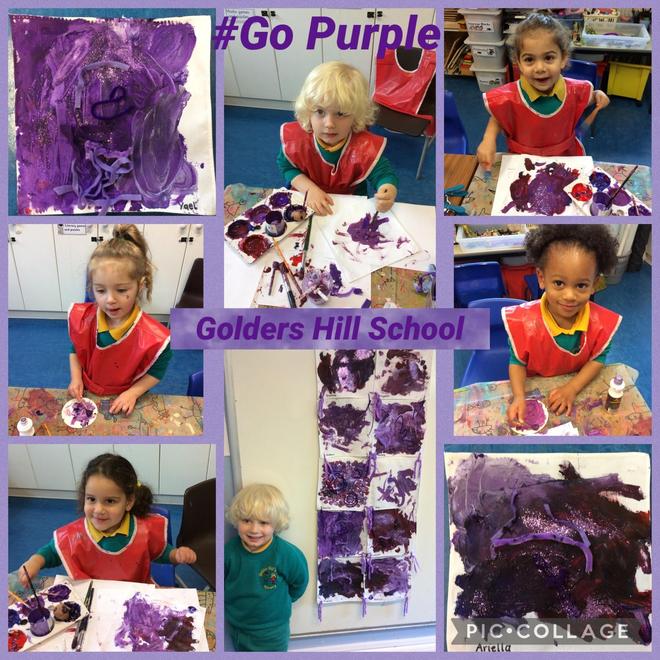 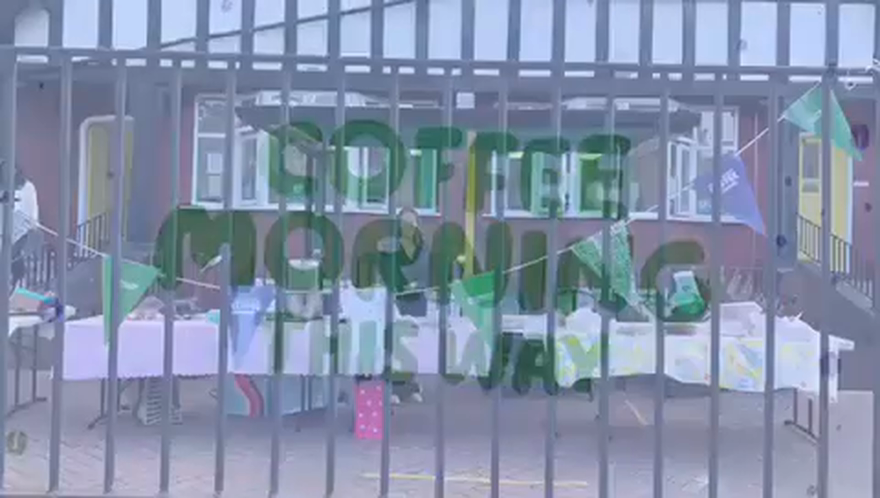 Thank you to our parents, staff and especially Lola’s cupcakes for their wonderful donations. We raised over £500 for this worthy charity.
This year there will be less activity due to COVID 19.

On Friday 18 May the front playground was festooned with bunting and balloons.  We had life sized pop-ups of Harry & Meghan along with the Queen, and Mrs Eglash dressed in her Sunday best (with a tiara), Mrs Eglash greeted all the children from her throne.

Half-way through the morning we held a parade in the playground, and the whole school walked past our pop-up Royal Family, there was singing and fun to be had by all.

Lunch was a picnic in the playground, and the children had special wedding cakes for dessert.

As a finale to the whole event, as each child left for the day, they were given a Harry & Meghan mug, to remember the wonderful day that the celebrated at Golders Hill School.

ThIs year we raised a fantastic £826.00 at our annual MacMillan Coffee Morning, which was combined with the opening of our newly renovated school hall.

The event was themed in the style of Great British Bake Off, and parents/celebrity chefs baked and donated “show stoppers” for auctioning.

During the event the newly renovated school hall was officially opened by Mrs Eglash, Head Teacher, and the Head Boy and Deputy Head Boy helped to cut the ribbon. 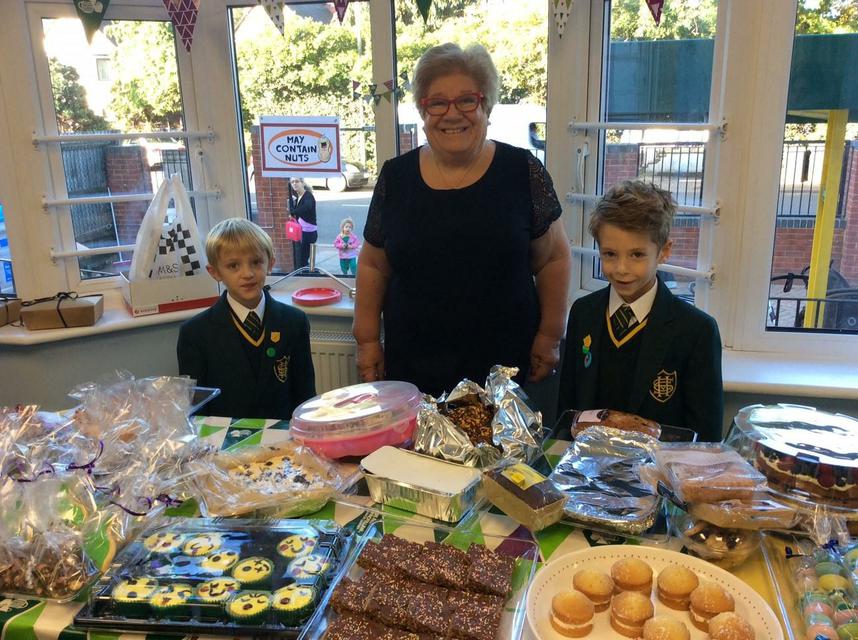 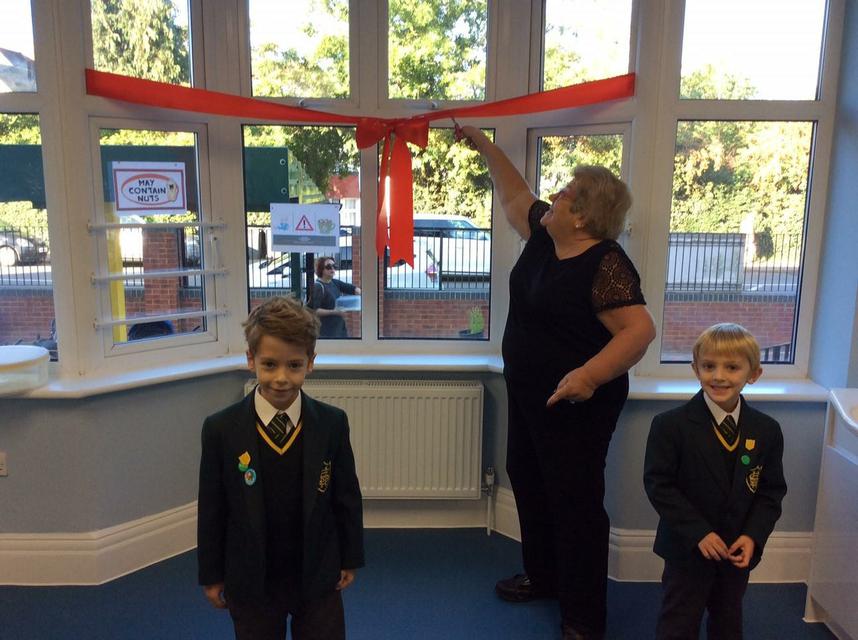 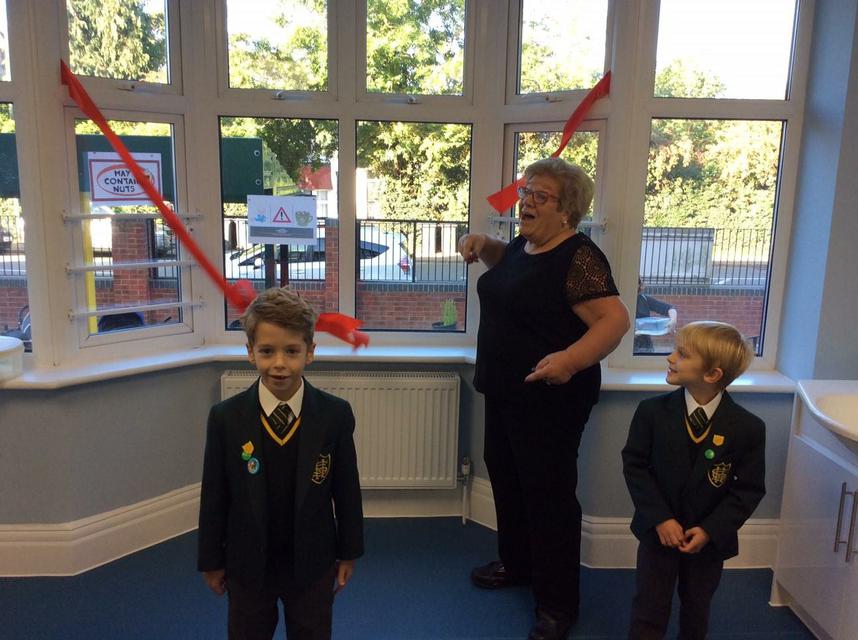 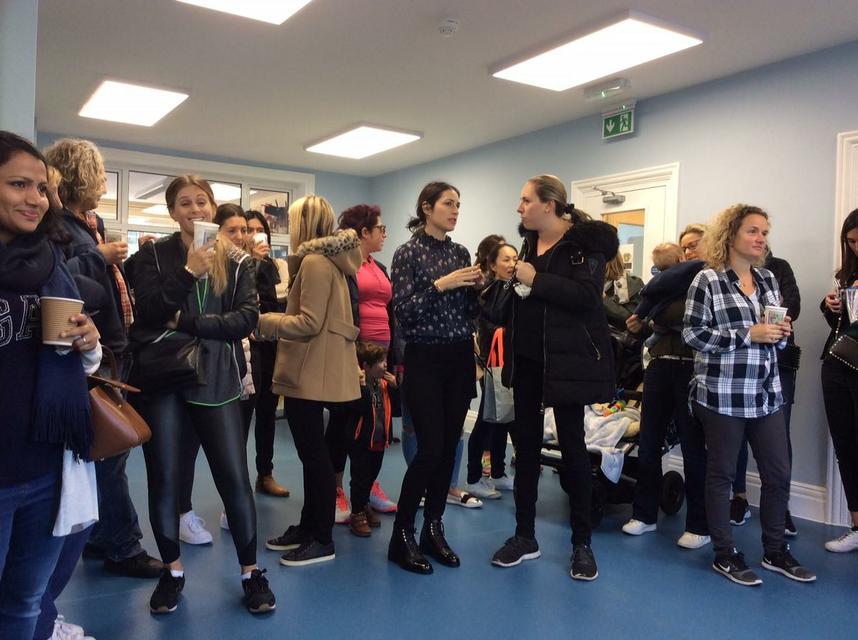 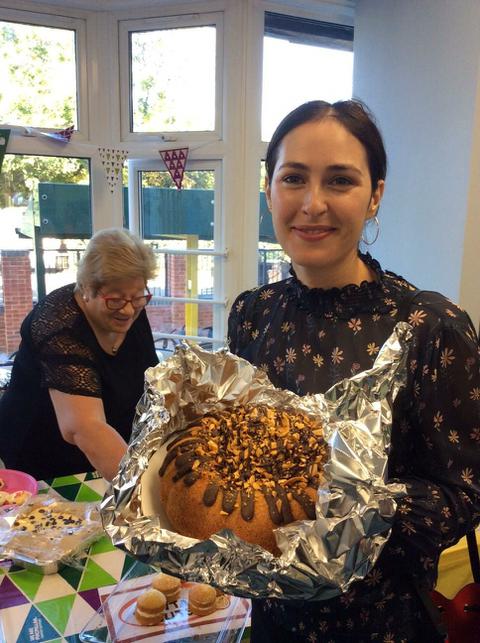 A fantastic evening was arranged when Heads of our feeder schools came and spoke to our parents about their own school and expectations of a child at entry level. The Heads spoke about changes to the curriculum that had taken place in their own school and moving forward how they are keeping up with the changes in society, for example traditional jobs that people worked towards previously are not of the same value as maybe some of the newer and innovative roles that exist today.

There was much discussion as to if the Heads could tell when a child had been tutored to gain entry to a school, and how that child struggles at the start of the Autumn term, when they are no longer tutored. There was a unanimous opinion that if a child comes from Golders Hill School, they should not be tutored, as the schooling should be enough.

We had three ex-pupils speak about their school journey, from starting at Golders Hill to where they are now. A special thank you to them. 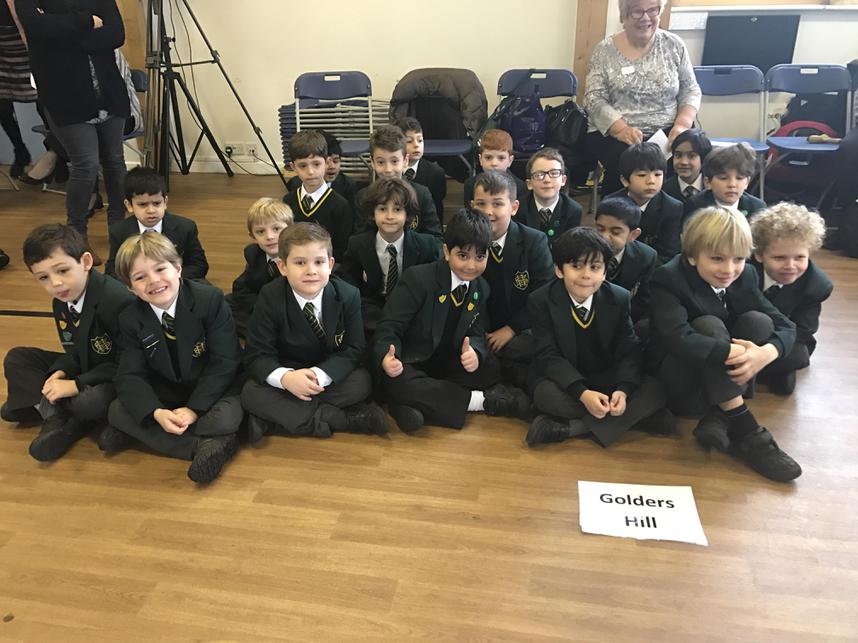 The annual North London Singing Festival was held at Belmont School.  Our boys performed amazingly well. A huge thank you to Mr Leach for his musical prowess. Well done to all the Year 2 boys and also to our special Year 1 boys.  Other schools that attended were Aldenham, Grimsdell, Highgate, UCS, St Vincent and Lyonsdown.  It was a great experience for all of the children.

We were visited by Joshua Browder who is an ex-pupil of GHS.  Joshua is now at Stamford University in America and has developed a very successful parking app, to help people to not pay their fines.  Joshua is a fine example of how a Golders Hill child achieves their true potential. 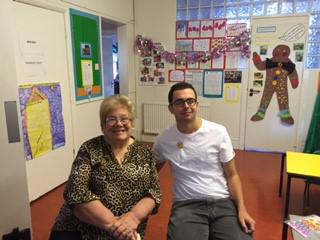 We had a wonderful Diwali Assembly today, when our parents and children celebrating this Festival of Light, told the story of Diwali, the children danced "Bollywood Style" and one of the parents also danced for everyone.  It was a wonderful treat. 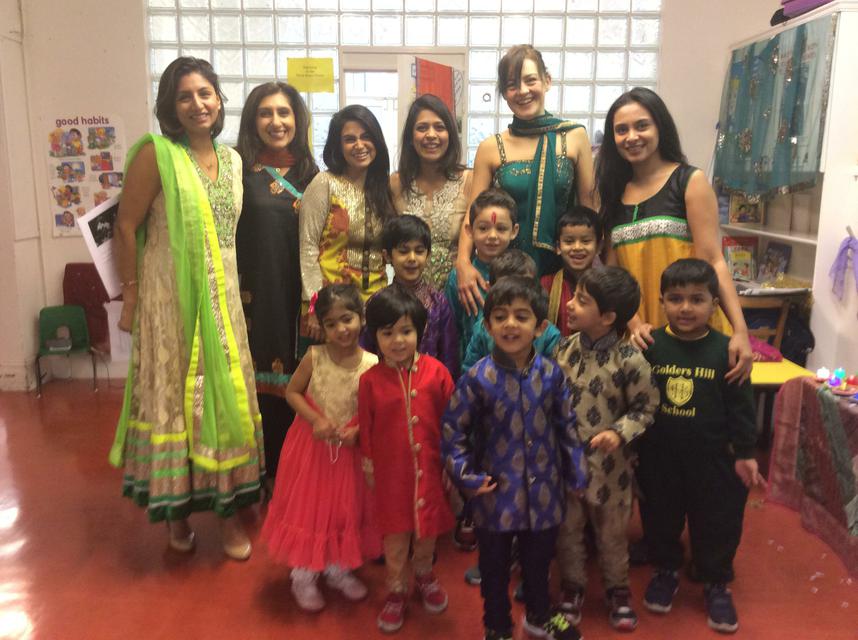 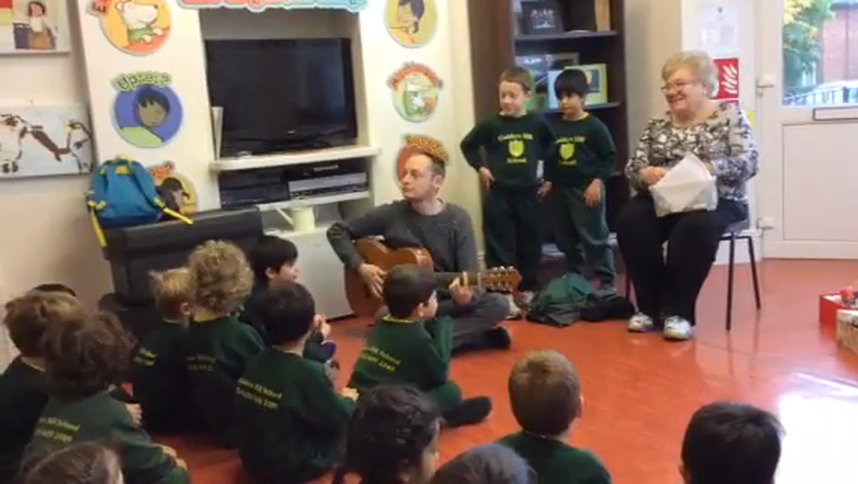 This is one of our interactive assemblies.

We held our annual MacMillan Coffee Morning in the hall at 666 Finchley Road.  This year our parents baked "show-stoppers" and then we auctioned them off.  We raised a total of £740.91.  Thank you everyone. 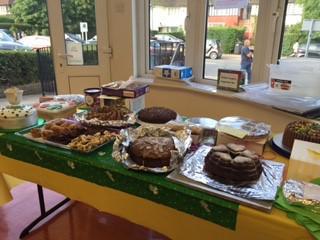 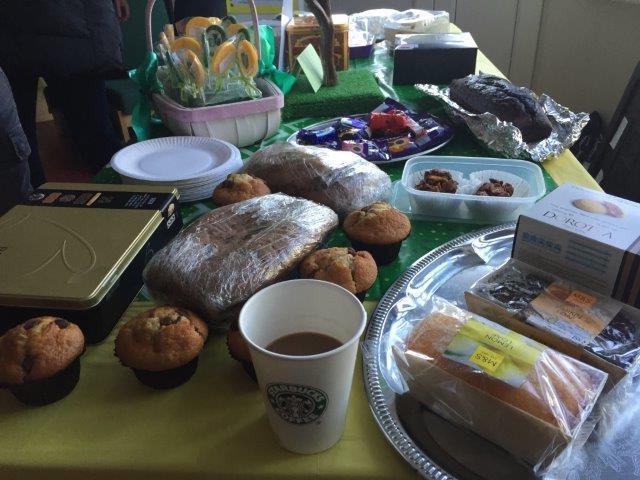 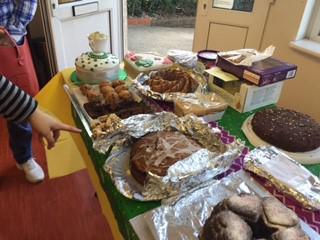 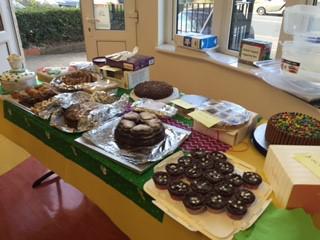 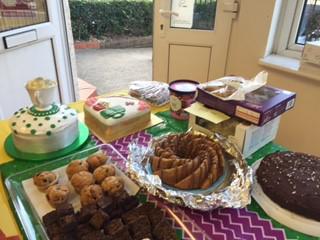 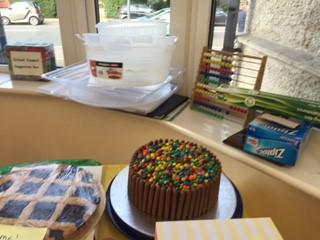 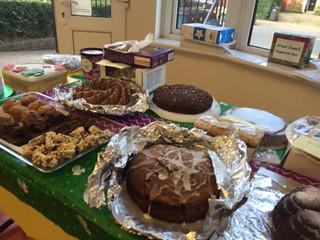 Every child in the school from 18 months to 7 years old painted a portrait of The Queen on a canvas.  These portraits were beautifully displayed in the hall for an evening cocktail party attended by over 60 people.  The Gallery was opened by Samantha Davies, Sky News Presenter and Journalist (she even gave up interviewing David Beckham for the event).  There was Pimms and Meze food donated by Danoosh Catering.  Thank you to our FROGHS parents for organising this lovely event, which raised over £2,000 for our chosen charities. 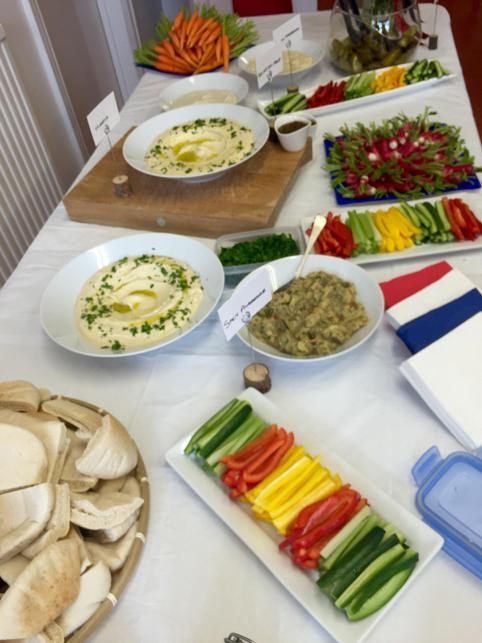 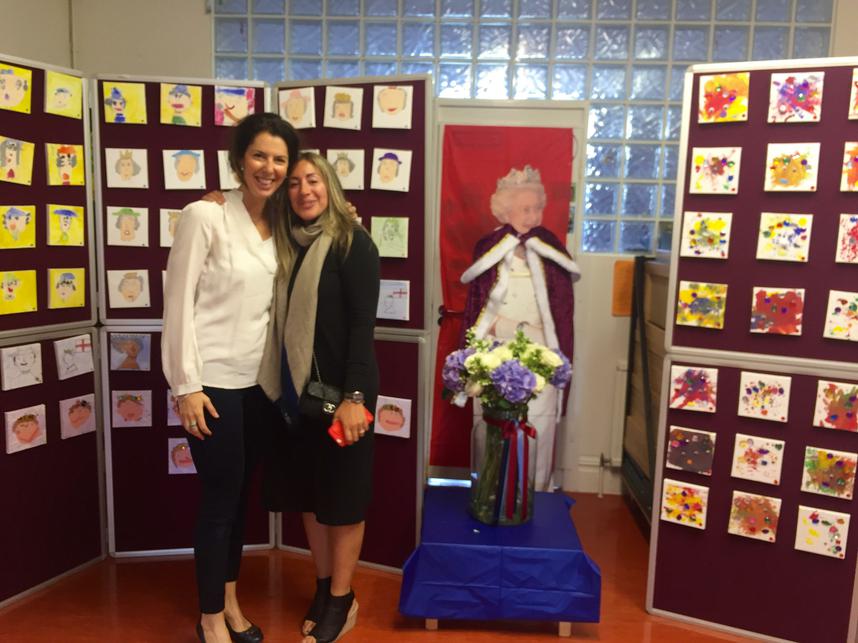 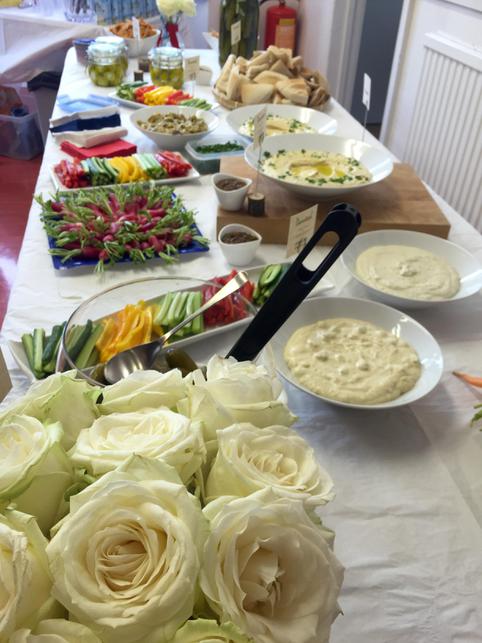 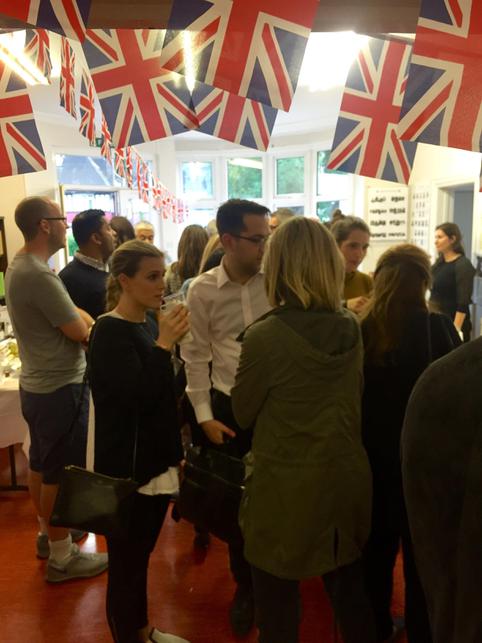 The whole school celebrated the Queen's 90th Birthday with a party organised by our FROGHS.  What a fabulous day was had by everyone.  The children all sang the National Anthem in the playground, whilst they were having a traditional picnic.  The Deputy Mayor of Barnet came along to see our Fancy Dress Parade.  The parents provided a party entertainer, DJ, face painter, tattoos, bouncy castle, slide and a ball pond for our Pre-Nursery children.  Lady Eglash was promoted to royal status and became Queen for the day.  The children all left with balloons and Union Jack Flags. 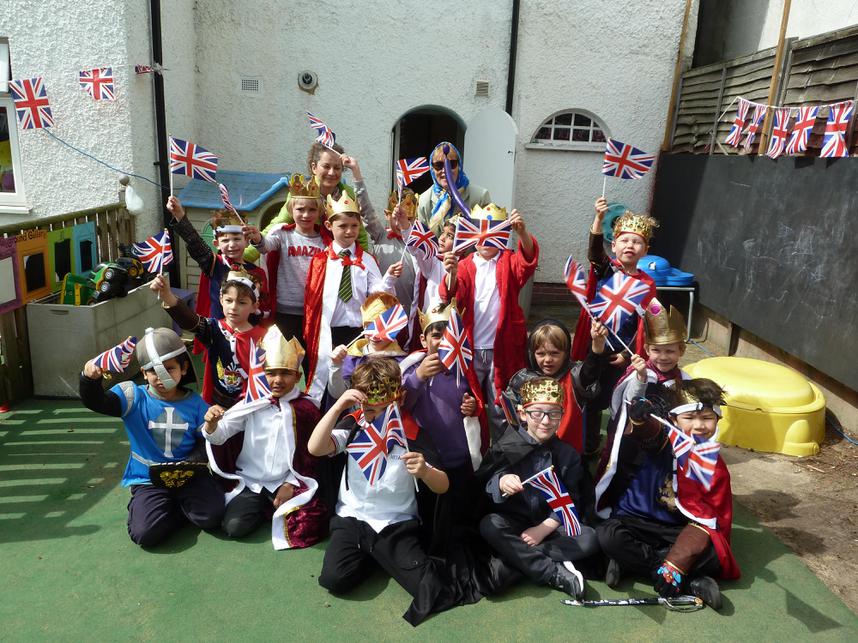 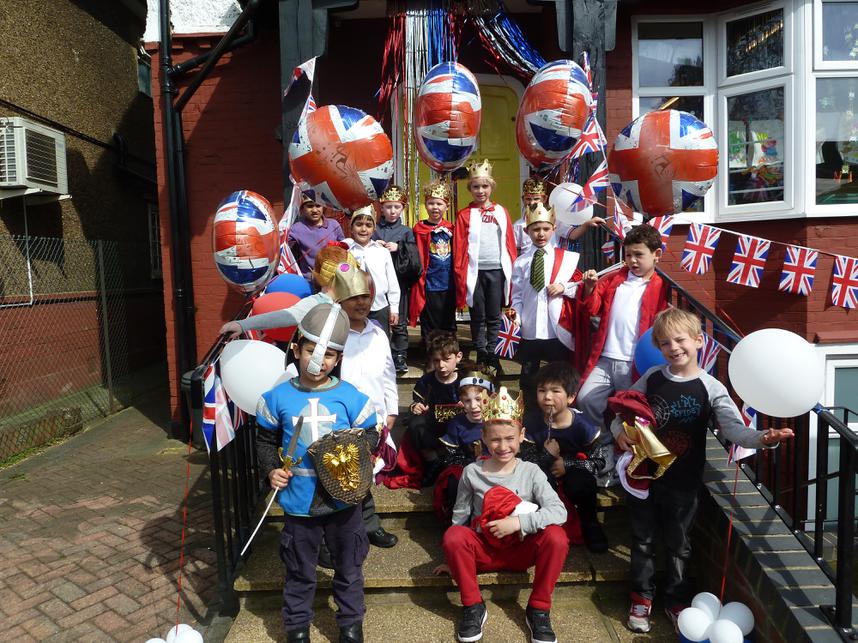 The school has been raising funds for Marie Curie Cancer Care and The Chicken Shed Theatre Group, and two of our children presented cheques to the representatives from both charities who came to a special assembly and spoke to the children about what they do, how they care for others and how the money will be helpful.  It was a very special assembly and we would like to thank Mrs Agoston and Mrs Silverman (FROGHS Co-Chairs) for organising the fund-raising and for all their hardwork.

On Wednesday 11 November, Sergeant Major Noah Austin a member of the CCF @ Haberdasher’s and an ex-pupil of Golders Hill School came to talk to the boys and girls in assembly about why we wear a poppy.  Sergeant Major Austin also taught the children various soldier style disciplines.

The children asked lots of questions about Remembrance Day and one child even asked which war Noah fought in.

On 9 September 2015 The Queen became our longest reigning Monarch.  To celebrate every class from Pre-Nursery through to Year Two made a special card to give to Her Majesty.  Mrs Eglash and our Head Boy and Head Girl went to Buckingham Palace on the day to present the cards to her.  Unfortunately, she was not receiving visitors at that time.  Below is a picture of the children visiting Buckingham Palace and the cards that the children made.

MacMillan Coffee Morning (October 2015) - this year we raised over £300 for this worthwhile cause.

Unfortunately not the ones with chocolate chips.

Some cookies are necessary in order to make this website function correctly. These are set by default and whilst you can block or delete them by changing your browser settings, some functionality such as being able to log in to the website will not work if you do this. The necessary cookies set on this website are as follows:

Cookies that are not necessary to make the website work, but which enable additional functionality, can also be set. By default these cookies are disabled, but you can choose to enable them below: