Thank you to the Tago-Chu family for the amazing and very informative Assembly about the Chinese New Year.  Do you know how many Peppa Pig programmes you can watch on your journey to China?  Ask any child in Reception or Kindergarten for the answer.

This week we spoke about our New Year's resolutions, and one of our ideas was to recycle more often, and this has become our theme of the year.

This week in assembly we were delighted to have Mrs Cohen here to speak to the children about Thanksgiving.  We thought very carefully about what we can be grateful for.

In Assembly this week our topic was anti-bullying.   We discussed how to be kind to our friends and to encourage this, we have had ‘Kindess Week’ at school.

In Assembly this week, I told the story of Guy Fawkes and we discussed the dangers of fireworks.

In Assembly this week, we talked about helping others and how Harvest Festival will help people who do not have a home.

In Assembly, we read the story of ‘Mr Happy’ and talked about how to make someone happy.  We also talked about who to talk to if you were not feeling happy.

In Assembly this week, Mrs Steel read a lovely story to the children.  She used puppets for visual effects.

In Assembly this week, we talked about pirates.  What is a pirate? Can a pirate be a boy or girl? What does a pirate wear over his eye?  Who is going to walk the plank?

We had a farewell assembly this week for our leavers and Year Two gave a lovely rendition of one of their Mary Poppins songs.

Year Two’s Graduation was a huge success and I was so very proud of the children!

In Assembly this week, we were delighted to welcome Noah S’s Grandfather who came to speak to us about his work with the Queen and Prince Charles.  He told us how he addresses her, how you must never touch her, and he even demonstrated how to leave a room backwards, always facing her when you exit.   It was a very exciting and informative Assembly.

In Assembly this week we were lucky to have Ethan & Emma’s Grandma, who is visiting from Israel.  She told us about her job as Head Nurse at a hospital in Israel.  What a very interesting and hard job.

In Assembly this week, we read the story of ‘The Three Little Pigs’ and heard the wolf’s side of the story. We expanded on an Assembly from earlier in the term, where we re-iterated that there are always two sides to every story.

We spoke about the festival of Eid, which took place in the week.  Thank you to Miss Anar for taking the assembly and we send good wishes to all those celebrating.

In assembly this week we were so lucky to have a Major visit us. He was dressed in his winter attire. He explained each of his medals and he also told us that he had parachuted from an aeroplane. The children and staff asked very sensible questions after which he demonstrated how to march like a soldier, swinging his arms assisted beautifully by his son. Everyone really enjoyed this assembly and we’d like to say thank you to our visitor.

Assembly this week was only for Year Two and Reception.  School council badges were awarded.

We talked about their favourite outings that they had been on with the school and their parents.  Some of these outings were extremely exciting.

In Assembly this week we discussed the changes in schools over the years.  The children were very interested in the ways the staff were punished at their schools.

In Assembly this week we discussed how to be tolerant of others.  We talked about not judging a person before you get to know them and making friends with everyone.

This week we saw the Golders Hill children perform beautifully at the two concerts held on Monday and Tuesday.  We were so impressed at how well they did and want to say a huge thank you to all the staff who worked so hard to make the shows happen.

We would like to welcome our five Japanese visitors and hope they enjoy their time at Golders Hill.

In Assembly this week, we spoke about trying new foods, and read a book called ‘Bramble the Brave’.  Thank you to Peter in Year Two for helping read the story.

This week we used our Assembly time to rehearse for our show.  We are so proud of all our wonderful children!

In Assembly this week we discussed how to avoid confrontation. We learned to talk about our feelings, try to understand each other and that teachers are always there to help.

In Assembly this week we told a different version of the story of the ‘3 Little Pigs’, and then we talked about the wolf’s side of the story.  From that we went on to the fact that there are two sides to every story.

In Assembly this week we enjoyed celebrating the Chinese New Year.  We would like to thanks May Soo-Yin, and Mr Sun for their efforts and explanations.   Please see our pictures in our 'photo gallery' section of the website.

In Assembly this week we spoke about feeling shy, and how it was alright to have those feelings and how to try to overcome them.

This week in Assembly our theme was based around the song ‘Step Away From The Chocolate’.  We spoke about keeping out of trouble, and what to do if we get into trouble.  We learnt that the best thing to do is own up to it, and be honest; and always learn from our mistakes.

In this week’s assembly we talked about managing our emotions.  What to do if we feel angry, and how to express ourselves.  The children made some very sensible recommendations and we were very impressed with their ideas.

In Assembly we talked about new year’s resolutions and about what we had achieved in 2018 and what we hope to achieve in 2019. It was refreshing to hear the children's reflections on their own aspirations for the year ahead, and we look forward to encouraging them to achieve their goals moving forward.

Our ‘Festival of Light’ assembly was a huge success and we really enjoyed having the support of parents. We learnt about Channukah, Diwali and Christmas and enjoyed the colours, lights and music from our wonderful music teacher.

In our assembly this week we were extremely lucky to have the most wonderful puppet show for the children, put on and run by an ex parent from GHS. The show told the story of Diwali with magnificent props, puppets and a clear and captivating narrative. 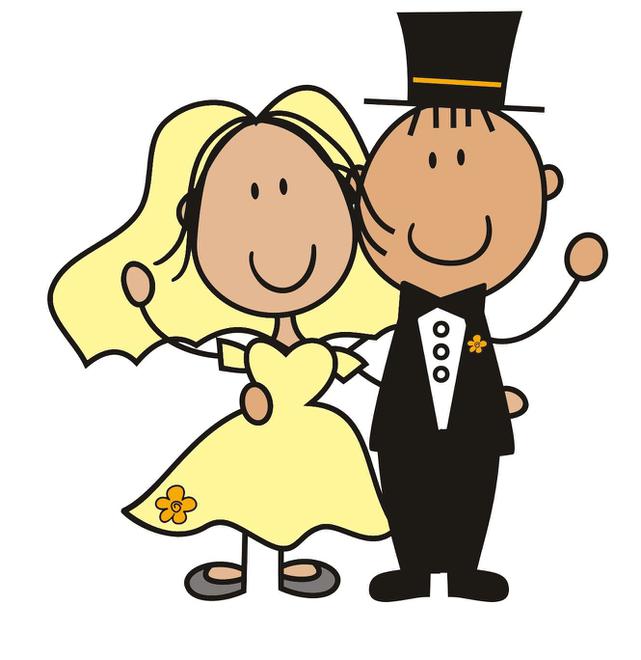 This week we discussed the Royal Wedding and everyone's plans for the celebration.  We also talked about different types of weddings, and the staff shared their experiences and expectations of a wedding.

When Mrs Steel got married (a long time ago!) she invited everyone back to their small house, and cooked sausages, in her excitement she burnt them.

The children learnt the story of Passover and all about the Seder night meal from one of our parents. There were a lot of questions asked and it was very informative.

Ms Komlosi (Owls Class) went on a Yoga Retreat in India for 3 weeks and she took an assembly to tell all the children and staff about it.  The children were very interested and enjoyed copying some of the yoga positions demonstrated by Ms Komlosi.

We were lucky to have a parent led assembly on the traditions of the Chinese New Year, and to say "Kung Hei Fat Choi" to those celebrating this festival.  We learnt that there is a Chinese Zodiac which tells us that this year is the Year of the Dog and how far away China is (6,000 miles!).  All the children were given traditional gifts of money in a red envelope.

We had another fantastic parent led assembly on Australia Day, and we learnt all about how this official national day of Australia is always held on 26 January, this is because it marks the anniversary of the 1788 arrival of the First Fleet of British ships at Port Jackson, New South Wales and the raising of the Flag of Great Britain at Sydney Cove by Governor Arthur Phillip.  We were taught all about the Southern Cross on the Australian flag, and why Australians wear hats with corks swinging from string to stop insects getting near your face.

The children were taught the story of Chanukah by a very proud Grandmother and Grandson.  The blessing over the candles was made and all the children got donuts to take home 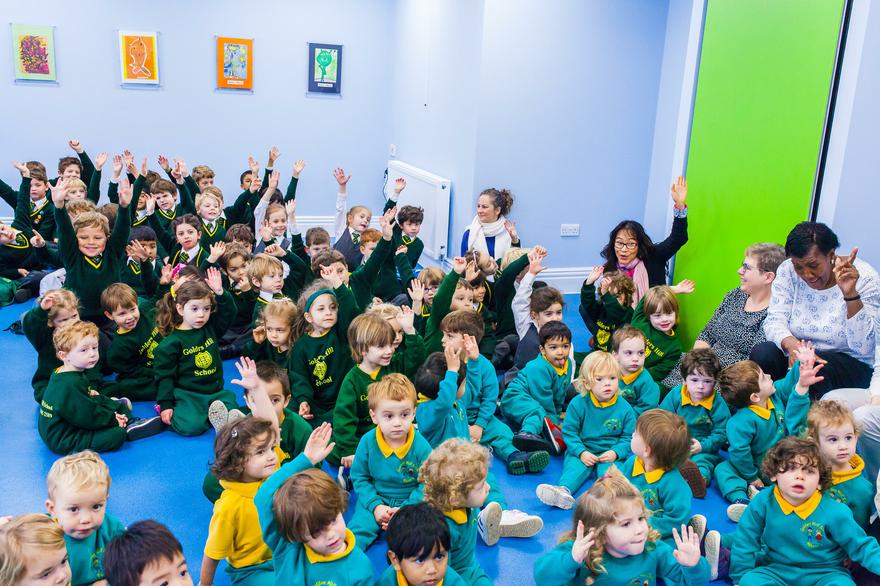 · We respect and listen to each other.

· We look after our school and our belongings.

· We look smart and wear our uniform with pride.

· We are kind and polite.

· We try hard, have fun and do our best to make this a very happy school.

We have focussed two assemblies on the different religions in our school.  We have children from Year 2 talking about their special holidays over the Autumn months.  Joseph, Zaki, Aman & Max have shared their Rosh-Hashona, Eid, Diwali and Christmas stories - please see photos/videos below.

We have talked this week about using the "magic word" "please" in order to get the best out of our peers and teachers.  Mrs Eglash also spoke about helping other people who are less fortunate than the children of Golders Hill.  This is the lead-up to our Harvest Festival Assembly in aid of Cricklewood Foodbank. 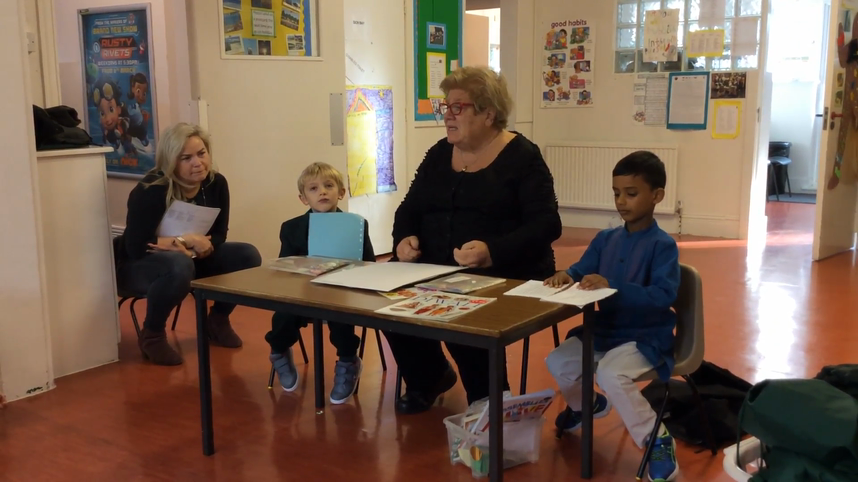 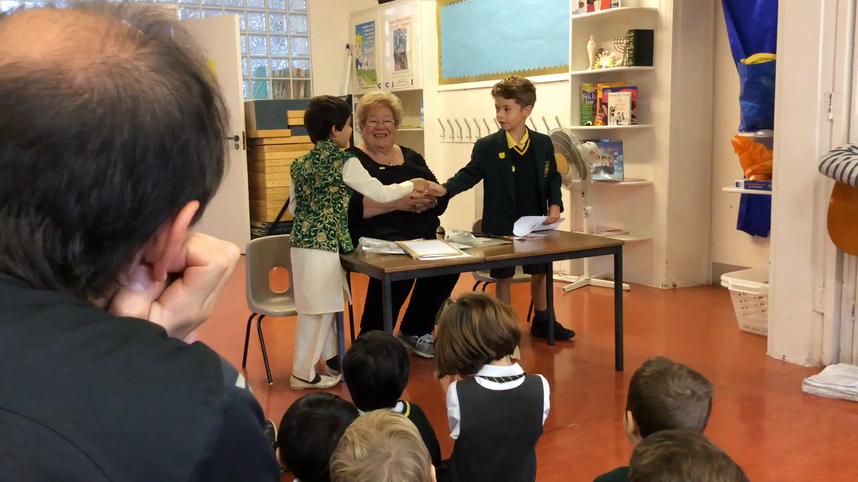 First assembly of the school year, we talked School Rules.  Mrs Eglash explained to the children The Golders Hill Way and all questions were answered.

We held an assembly on being inclusive in friendships, and how we are all friends together.  We also reminded the children that if another child asks them to do something that they feel is wrong - then they must say "no" and hopefully tell the teacher.

Our assembly on "Sharing" was all about taking turns and letting everyone join in.  Again, this is on our "all inclusive" theme.

Mrs Anar gave a talk on Eid, and the children learnt the story behind this important muslim festival.  We talked about similarities between religions.

Mrs Eglash explained what to do in an emergency, and asked the question "what was an emergency" and we role played a situation.

This week we discussed saying "please" and "thank you".  Year 2 helped in role playing good and bad manners.  The children all had a lovely time joining in.